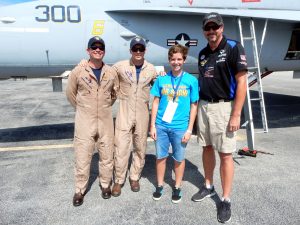 The Blues canceled their Vero Beach appearance and three other air shows following the death of their #6 colleague, Capt. Jeff Kuss, in a tragic accident in Smyrna, Tennessee, earlier in June. At the close of each day’s show the AeroShell Aerobatic Team flew the missing man formation to the sound of “Taps” as Mike Goulian drew the number 6 in the sky as a memorial to Capt. Kuss. The F/A-18 Hornets flew in the Blues’ slot with the number ‘6’ on the planes to memorialize the fallen Angel. 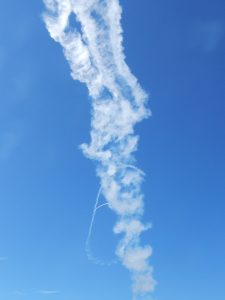 Thousands turned out to enjoy the show which featured an outstanding line-up of all-star performers. Special attractions included a free Family Fun Zone for the kids and an amazing array of civilian and military aircraft, including a C-17, A-10s, and nearly 30 other planes to see and explore. The show was held the weekend of June 25-26 at the Vero Beach Regional Airport on the grounds used by our brave men and women during World War II, when it was known as the US Naval Air Station at Vero Beach.  Even a rainstorm didn’t discourage our faithful air show fans. 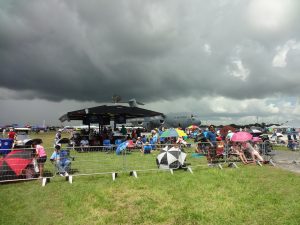 Vero Beach is proud to have been chosen one of only 36 sites nationwide and the only site in central Florida where the Blue Angels were scheduled to perform this year. Our deepest sympathy goes to the family, friends, and Blue Angel colleagues of Capt. Kuss.

Exchangites
Members of Exchange Club of Indian River were an important part of the corps of volunteers who worked hard to make the show a success. Two members, David Walker and Jan J Binney, served on the board of directors, and nearly every member of the club participated as a volunteer and/or committee member. Here Jenny Frederick, Nancy Gollnick, Mark Dayton (Northeast St. Petersburg club), Marllyn Justice, and Dale Justice take a break on Sunday afternoon, and Joe Binney waits in his golf cart for his passenger. 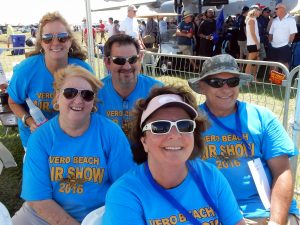 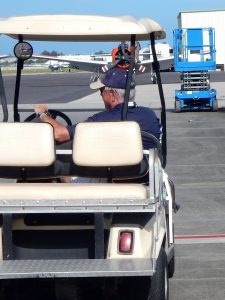 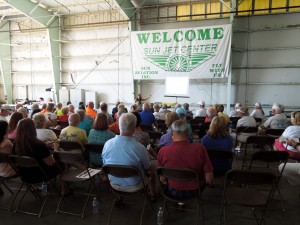